Are you familiar with the song “Blackbird” by The Beatles? Most of us are. I had no idea the meaning behind it. Did you?I will never listen to it the same way again. 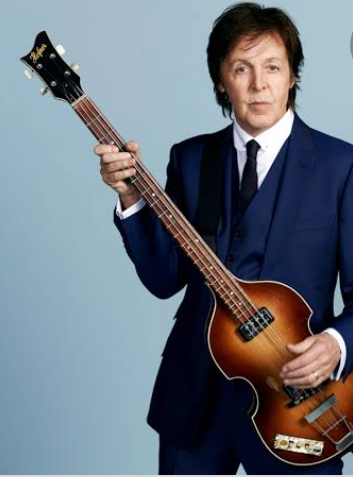 “Paul McCartney was visiting America. It is said that he was sitting, resting, when he heard a woman screaming. He looked up to see a black woman being surrounded by the police. The police had her handcuffed, and were beating her. He thought the woman had committed a terrible crime. He found out “the crime” she committed was to sit in a section reserved for whites.

Paul was shocked. There was no segregation in England. But, here in America, the land of freedom, this is how blacks were being treated. McCartney and the Beatles went back home to England, but he would remember what he saw, how he felt, the unfairness of it all.He also remembered watching television and following the news in America, the race riots and what was happening in Little Rock, Arkansas, what was going on in the Civil Rights movement. He saw the picture of 15-year-old Elizabeth Eckford attempt to attend classes at Little Rock Central High School as an angry mob followed her, yelling, “Drag her over this tree! Let’s take care of that n**ger!'” and “Lynch her! Lynch her!” “No n**ger b*tch is going to get in our school!”McCartney couldn’t believe this was happening in America. He thought of these women being mistreated, simply because of the color of her skin. He sat down and started writing.

Last year at a concert, he would meet two of the women who inspired him to write one of his most memorable songs, Thelma Mothershed Wair and Elizabeth Eckford, members of the Little Rock Nine (pictured here).

McCartney would tell the audience he was inspired by the courage of these women: “Way back in the Sixties, there was a lot of trouble going on over civil rights, particularly in Little Rock. We would notice this on the news back in England, so it’s a really important place for us, because to me, this is where civil rights started. We would see what was going on and sympathize with the people going through those troubles, and it made me want to write a song that, if it ever got back to the people going through those troubles, it might just help them a little bit, and that’s this next one.”He explained that when he started writing the song, he had in mind a black woman, but in England, “girls” were referred to as “birds.” And, so the song started:”Blackbird singing in the dead of night
Take these broken wings and learn to fly
All your life
You were only waiting
for this moment to arise.” McCartney added that he and the Beatles cared passionately about the Civil Rights movement, “so this was really a song from me to a black woman, experiencing these problems in the States: ‘Let me encourage you to keep trying, to keep your faith, there is hope.’ “”Blackbird singing in the dead of night
Take these sunken eyes and learn to see
All your life
You were only waiting
for this moment to be free.”