The construction of Hagia Sophia church with its characteristic pendative dome was completed in the year 537. The project started in the year 360. Hagia Sophia which means – Holy Wisdom in Greek was the Constantinople seat of Byzantine Orthodoxy which had severed relationship with Roman Catholicism. When the ancient city where Hagia Sophia is located was captured by the Papacy during the Fourth Crusade in 1204 the church was converted to Rome. 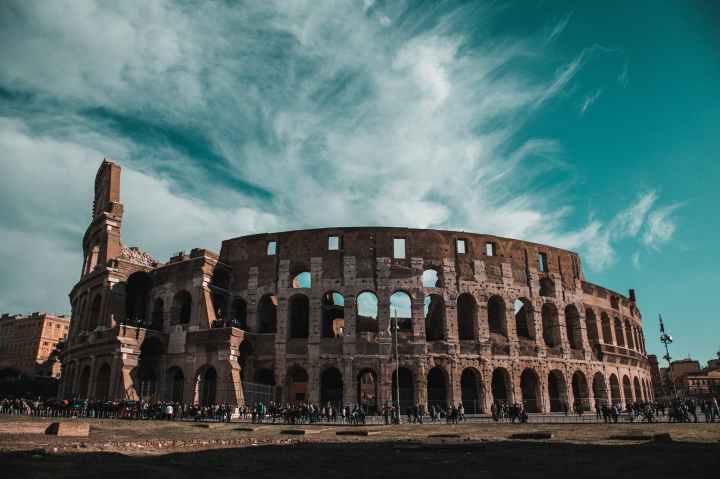 In 1261, the Byzantines recaptured their city and church. Constantinople was named after Constantine the Great (227-337 AD) the first Roman emperor to convert to Christianity. However by 1453 the city became Istanbul and Hagia Sophia, a mosque under the Ottoman Turk, Mehmed the Conqueror. That was when its minarets were added and the crosses, icons removed with the images within plastered over with various Arabesque features.

In 1923, the historic edifice was converted into a secular museum by the founder of modern Turkey, General Kemal Atatürk. Most of its original imagery were then restored. The United Nations would eventually declare it as a World Heritage Site.
By July 24, 2020, Hagia Sophia would revert back to a mosque again. The Turkish presidential order has already been signed. Many in Christendom are worried, others concerned. I am neither for 2 main reasons. First,

I totally subscribe to the Solomonic axiom – “The race is not for the swift, Nor the battle to the strong, Nor bread to the wise, Nor riches to men of understanding, Nor favor to the men of skill; But time and chance happen to them all” Second, I remain an acolyte of Archbishop Emeritus Desmond Tutu who told the story n 1989; “of a drunk who crossed the street and accosted a pedestrian, asking him, “I shay, which ish the other shide of the shtreet?” The pedestrian, somewhat nonplussed, replied, “That side, of course!” The drunk said, “Shtrange. When I wash on that shide, they shaid it wash thish shide.”

His Grace Tutu went on; “Where the other side of the street is depends on where we are. Our perspective differs with our context, the things that have helped to form us; and religion is one of the most potent of these formative influences, helping to determine how and what we apprehend of reality and how we operate in our own specific context.” The Nobel laureate eventually rested his argument; “My first point seems overwhelmingly simple: that the accidents of birth and geography determine to a very large extent to what faith we belong. The chances are very great that if you were born in Pakistan you are a Muslim, or a Hindu if you happened to be born in India, or a Shintoist if it is Japan, and a Christian if you were born in Italy. I don’t know what significant fact can be drawn from this — perhaps that we should not succumb too easily to the temptation to exclusiveness and dogmatic claims to a monopoly of the truth of our particular faith. You could so easily have been an adherent of the faith that you are now denigrating, but for the fact that you were born here rather than there.

My second point is this: not to insult the adherents of other faiths by suggesting, as sometimes has happened, that for instance when you are a Christian the adherents of other faiths are really Christians without knowing it. We must acknowledge them for who they are in all their integrity, with their conscientiously held beliefs; we must welcome them and respect them as who they are and walk reverently on what is their holy ground, taking off our shoes, metaphorically and literally. We must hold to our particular and peculiar beliefs tenaciously, not pretending that all religions are the same, for they are patently not the same. We must be ready to learn from one another, not claiming that we alone possess all truth and that somehow we have a corner on God.”

Tutu concluded; “God is not a Christian, Nor a Jew, Muslim, Hindu…: God Dwells with Us, in Us, Around Us, as Us”

In the 1567 year history of the existence of Hagia Sophia it has withstood massive earthquakes in years 553, 558, 869 and 1344. This UN World Heritage Site has outlived wars, famines, plagues and indeed dictators, emperors and kings including presidents. It has been a constantly recurring decimal in the politicization of religion in Constantinople, now Istanbul at that crucial junction in modern-day Turkey where Europe meets the Middle East. Simply put the issue is beyond religion, it is another chess game in the “Clash of Civilizations”
Hagia Sophia will therefore outlive President Recep Tayyip Erdogan of Turkey and return to its origin status as a church one day. Whether or not it happens during our lifetime is beside the point. So why bother? As the ancients wisely put it; “Only 3 things cannot remain hidden for long, the Sun, the Moon and the Truth”