Up on the plateau they reigned,
Their own old clans so formed.
Hidden on the height’s plain,
Living in plenty’s much rain.

They welcome guests well,
As prosperous strangers tell.
Soon dominance is so evident
And for the sold they want rent.

Wherever time is so kept,
Such a place has it since left.
Two is never again one unless
One is expunged and no less.

Identity established so firm,
Fights a war not for their farm.
Bullying their co-farmers’ yield
With poised spears and a shield. 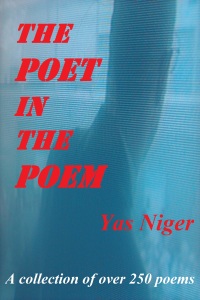 What do you tell a son
https://www.smashwords.com/books/view/383827

“While he was away, time also went away from his people on one of its numerous trips of change and it returned with the scourge of the Sheep from virtually nowhere. Time had brought the highly adaptable but unchangeable Sheep to live amongst the Goats and the Sheep came with change.

“Why the sheep herding people came with time to our founding father’s goat herding people, at that time in history and in his absence, wasn’t ours to tell. The apparent civility and common simplicity of the Sheep was however deceptive.

“The Sheep appeared cotton white and came from the far away northern sandy plains, with a popular ruse of a history. Yet they reveals to truly be creamy coloured sponges at close sight, soaking up the different surroundings of their current abode and still not changing. The deceptive Sheep took up full residence on the hospitable Goats’ rocky plains and the Goats allowed the Sheep to be ease. The Sheep sheltered in the many comfortable shades of the hills and lived under the few short trees, staying outside the Goats’ homely cacti fences. The Sheep was free to go and do as they please and the Goats weren’t bothered in the least, at first.

“The Sheep are very familiar with life on perpetual transit, they have always led a squatter’s lifestyle by their faithful orientation. Their visit didn’t at first look like it was permanent. Their intention to stay wasn’t apparent, as they seem to have merely paused on their trip. But over time they appear to have been held back, not by their needs for necessities but by their initially hidden desire to dominate.

“Disguised as a lone caravan of a purely commercial purpose, they embarked on trading. The Sheep are well journeyed and the Goats accepted them in good faith. The Sheep are indeed well traveled and they actually traded. But before long the Sheep established a life of their own kind in pockets around the rocky hills of the Goats. They bred and fed and stayed and remained on the Goats’ vast rich plains.

“Everyone has a home of origin. Some place, somewhere their history had particularly began, where the first of their kind fell and hit the ground from where ever they believe they dropped or emerged, or simply had faith they came from. Everyone has a place they name as theirs and the Goats point at the vast richly fertile rocky plains as theirs. Theirs is a huge arable plateau they are proud of and the Goats point at it with the boastful ease of its rightful owners. They own the land and run it as they stand on it.

“This isn’t disputed even by their guests, the Sheep. But then the Sheep also started to point at the plateau as theirs too.
The Sheep bragged with the legal shield of time and change, but not the same historical ease the Goats could muster. The Sheep truly showed that they had acquired big chunks of the plateau with their efforts and will thus run it as they stand on it too. Still the Goats had borne their continuous indigenous identity without the shame or regret most other would have for letting the Sheep stay on.

“But the Goats were all about their own ways and weren’t set on dominance and the dominance of any people is allowed them by those around them they influence in their deliberate ways. Growth flourishes in hospitable settings and the Sheep developed. The Sheep influenced their way into every facet of the Goats’ way of life, until before long the Sheep looming dominance was becoming a reality. The Goats were made less comfortable on their land and they got increasingly apprehensive of the Sheep, as they also took to habitually sun-bathe their spongy cream coloured hides in the grassing plains the Goats frequent.

“The Sheep were unperturbed as they continue to dry their ego in the lazy sunlight as the rains park their clouds away on the rocky hills daily. The earliest choices of the Goats were made in an era that harmlessly allowed it.

“Literacy comes with harsh discernment and this can subsequently hurt the knowledgeable candidate. It makes a simple favour become cruel, it makes good food poisonous and culture archaically crude in its established nature. The Goats grew knowledgeable and realized the Sheep had remained and over stayed.

“The Sheep are well known for their sacred ordered nature, which they have established vastly in all their far northern lands under economic, cultural and military duress. The Sheep are religious nomads, robed in their spongy external purity, which has been forcibly trusted all over the larger region as in the ancient deserts it originates from. This however only gives credibility to their adapted creed but not their person. They are as circumstantially religious as everybody else and not any different than the Goats they grew to belittle and seek to subjugate.

“The Sheep is a dumb animal and this is essential in faith. The Sheep is the kind that doesn’t question faith but accept it as it is; root, trunk, branches and leaves. It chews the blossoms with their buds and thorns. This made the Sheep the most selfless faithful convert ever. They are diligent to their faith with strict blindness.

“Faith and religion prospers thus, when it is unflinching, steady and sure. The stupidities of illiterate disciplines feed the course and develops it to an enviable height. The Goats lacked this steadfastness, unlike the Sheep. The Goats do not venture out of their habitat to seek change, ever. This change had only come to them with time and they had very little control on how it came or what it does.

“The Goats ordinarily sort their communities base on their immediate clans and they endlessly stay hidden in their rocks, on their high cold plateau. With the permanent presence of the Sheep, change had found the Goats out, where they had remained for all time. They were not prepared for it. They were unschooled and unready to accommodate this and any other kind of change.
Change naturally behaves like physical pressure, which steadily alters the state of all the elements outside its immediate presence. Pressure like change sucks all elements in or out of its place of domain, inevitably scattering the particles of all other elements. The Goats were thus doomed for lacking that conscious absorption of knowledge and ideas through continual exposure rather than deliberate learning.

“The Goats realized that they must change their ways to adapt to the presence of the crafty Sheep or only relics of their ancient origins on the plateau will be scraped off their rocky hills as fossils. In their place, the visiting Sheep will get the enviable honour of being pointed out in the future as the indigenous clan of the region because they had dominated it. The legacy of the Sheep would tarry and their opinion sought for because of their tenaciously gotten self worth.

“There is no changing a past but there is shaping the revealing future. The past can not physically hurt anyone now, but the present can and does. The present physically brings its pilgrims of change along to do the job the past didn’t do.

“Change comes with the legal right of its sheer presence and change always has unusual catalysts. The Goats learned this with time as the wise Sheep waited for the hinted sojourn of their dominance to take root. The Sheep are ever patient in their deceptively stupid poise. They are dexterous in making the smallest meal last longer by re-chewing their cod. They had time and make time last longer.

“As the entire land and far beyond it changed into a modern state, becoming one wholesome regional entity, the Sheep were fully settled and had become old on the land, with legal rights that can not be given, or taken away again. Suddenly, home became common to the Goats and Sheep alike. None of them could move, even if they wished to. But their very different worlds doesn’t need reminding of its origins, as none argues about their true origins. They took to grappling loudly over their current tenant-ship or ownerships, as the Goats or Sheep respectively view it.

“Their debates and fights for dominance grew and wouldn’t abate. It became a huge carnivorous integral monster, firing up their rage with fear, hate and greed. The beneficiaries of this legacy of disputed ownership weren’t promised much and that was the tale of his beleaguered people when our village’s founding father descended from the mountain top. He had no idea that his original Goat herding people had changed over the years he had been on the mountain. The village he had in his sight when he descended wasn’t peopled with the same simple minded people he left years ago. They were now wary of strangers and a very hostile lot.

“Life thrives on relationships; urging, courting, pushing, pulling and coaxing. Wealth, health and peace spell dominance and are the faces of the war that ensued on the lands beneath our mountain. It was right beneath our founding father all the while, on the vast plateau, where the very essence of his people was being lost forever. The conflict had just taken root when when he visited for the only time and as the future steadily unfolds before our very eyes, both the Goats’ and Sheep’s still aren’t willing to unconditionally accommodate each other.”

One thought on “TALE OF TWO PEOPLE”